Our First Time at Disney!

I resisted.  I really did.  We lived a mere 90 minutes away from Disney for almost 5 years before we finally gave in.  I never had a desire to go to Disney.  I thought it would be crowded and expensive and consumerism would smack me in the face and I honestly didn't really think I'd like it.  I was more of the mindset that I didn't know what I was missing and I was totally and completely okay with that.

So, with that in mind, how did we end up with Disney season passes for an entire year?  Enter my brother and his family who had Disney passes even though they live in Ohio.  That's right.  Ohio.  They talked about Disney every time we saw them (7 times in one year, I think, when they had passes the first time!) and frankly, it drove me insane.  I vowed never to be one of those people who becomes obsessed with Disney and talks about it all the time and buys crazy souvenirs and can't wait to plan their next trip.  I was sophisticated and vacationed in places much more relaxing and laid back...not entirely true because now that we live in Florida we hardly vacation at all and when we do we go to Ohio.  :)  So, yeah, I wasn't gonna go to Disney.  I was prepared to live my entire life without ever having stepped foot in one of their parks.

But...when your brother wants to take your kids to Disney so badly that he offers to take them himself and foot the bill...you just might change your mind.  No matter how much I resisted Disney I couldn't bear the thought of not seeing my kids faces the first time they went!  So, long story short, we were going to just go for 4 days and it somehow turned into my whole family including my brother's family and my mom getting passes for a year.

Okay...I said it wouldn't happen...but now I have to eat my words because, yes, I admit it, I love Disney!  It is all the things I thought it would be and there are parts of it I hate like the crowds, and the cost and the consumerism smacking you in the face and how your feet hurt like never before and dang, Orlando is hot and sweaty.  But it's also magical and fun and it smells good and the characters aren't at all cheesy like you thought and you might just tear up the first time you watch the fireworks and you might have to buy a mug or two.  Oh, and take about a million photos too.

Our first trip we stayed a week with my whole family at the Port Orleans Riverside Resort.  I hate planning things so it was actually pretty awesome because my brother took care of booking everything for us.  All the fast passes and a bunch of amazing dining experiences too.  I'm so thankful for that because all the details that go into Disney planning honestly make me exhausted and I'm not the type of person that wants to make a spreadsheet for my vacation.  I'm much more of a winging it type of planner.

We had an amazing first week at Disney.  I think the fact that I'm writing this over a year later is making me nostalgic and I'm forgetting all the horrible parts and remembering all the good.  But vacations are like that I guess, which is why now that our passes have expired I exclaim at least once I week how much I miss Disney and wish we had renewed them!

Here are like 100 photos out of thousands I took.  It was a magical week meeting all the princesses and riding all the best rides and eating at all the best places.  This will definitely not be my last post about Disney, but it is definitely the longest!


This is my favorite picture.  They told us to look like we were looking at something cute.  My boy's face kills me!! 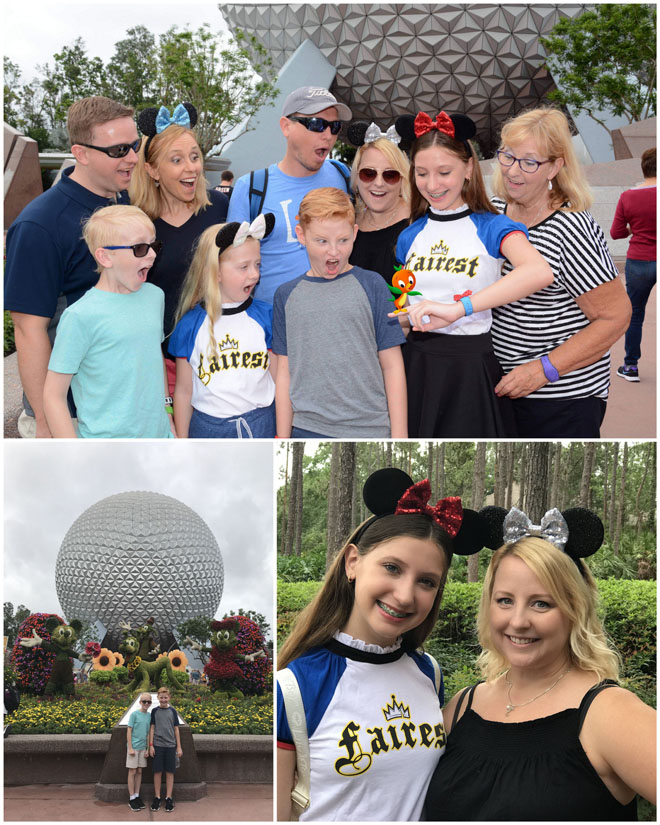 My girl had a great time picking out all the coordinating outfits for meeting the princesses.  I was worried my kids would be too old to appreciate stuff like that, but they weren't.  Well, my boy was not really into the characters but I don't think he would've been no matter what his age. 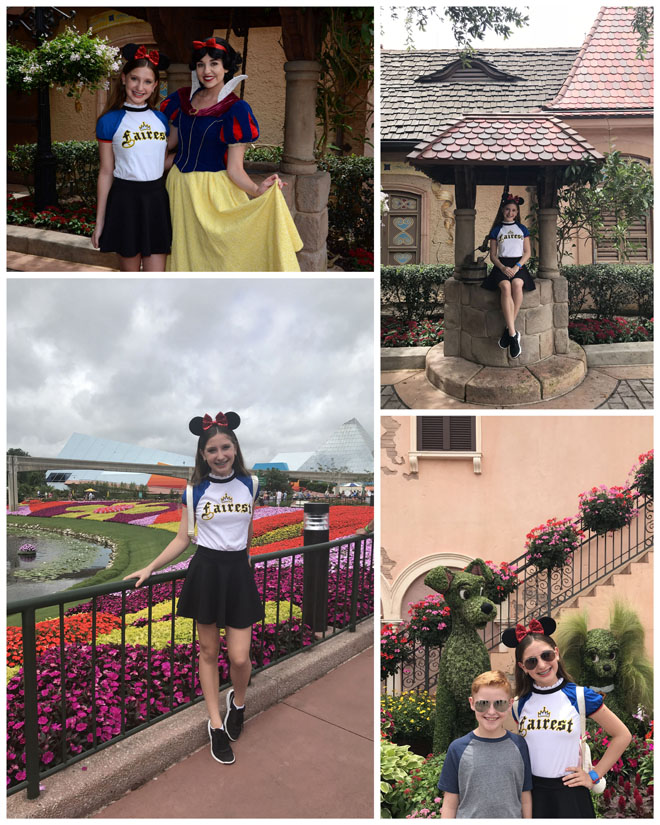 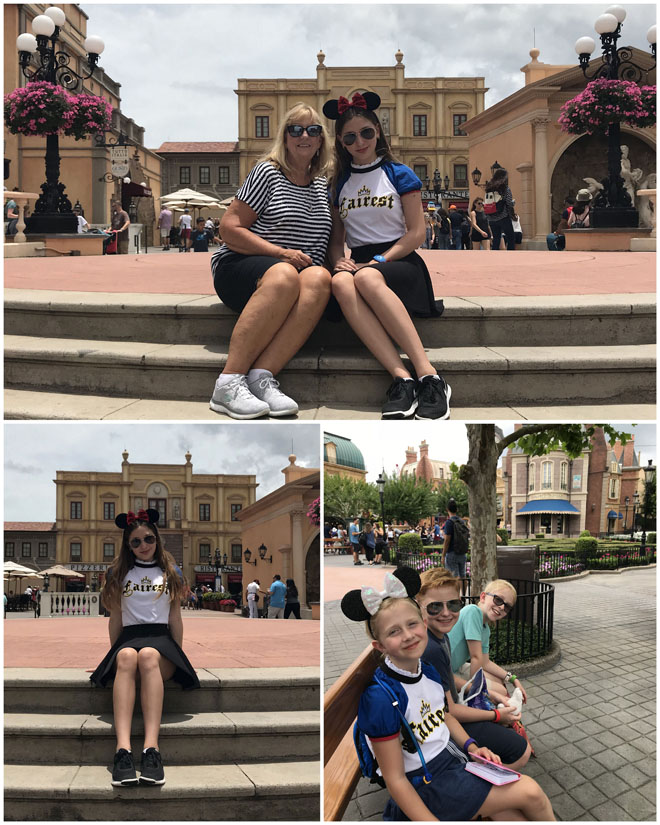 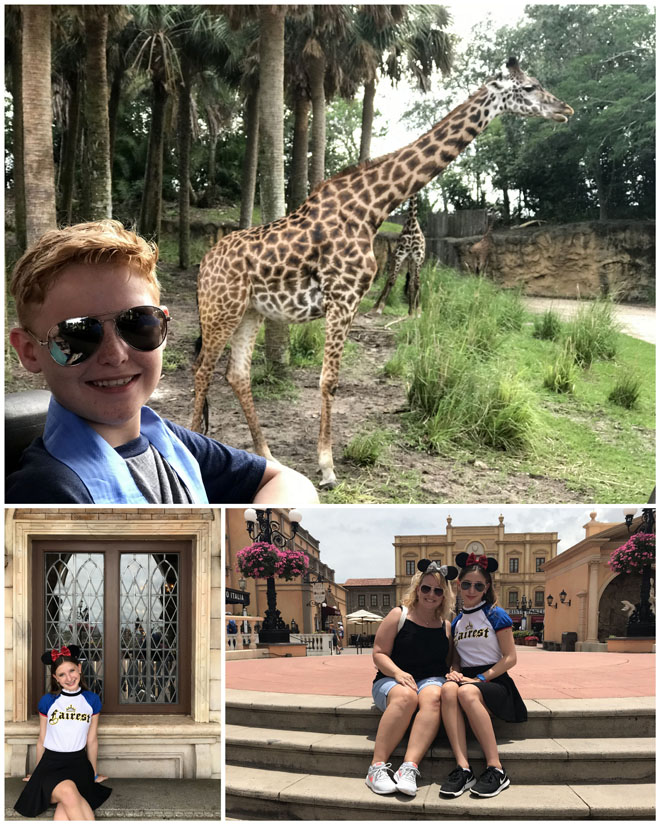 I really wanted a picture of my kids in front of the castle without a thousand other people in it.  Success! 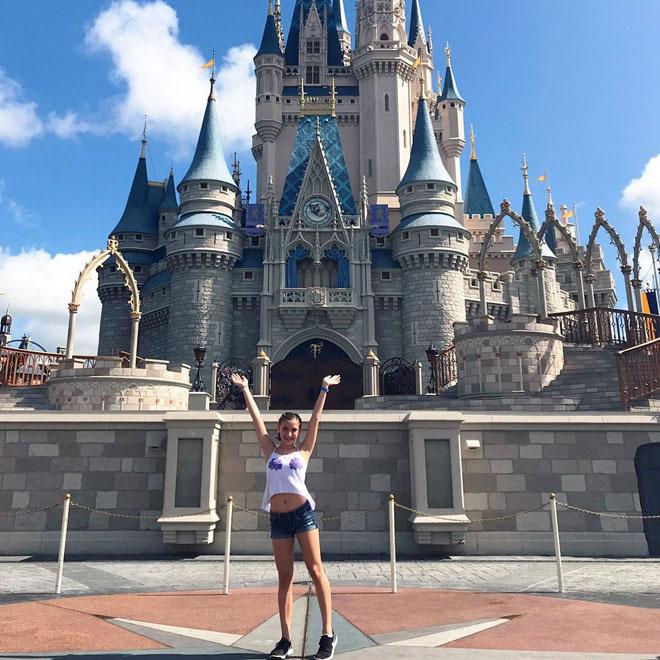 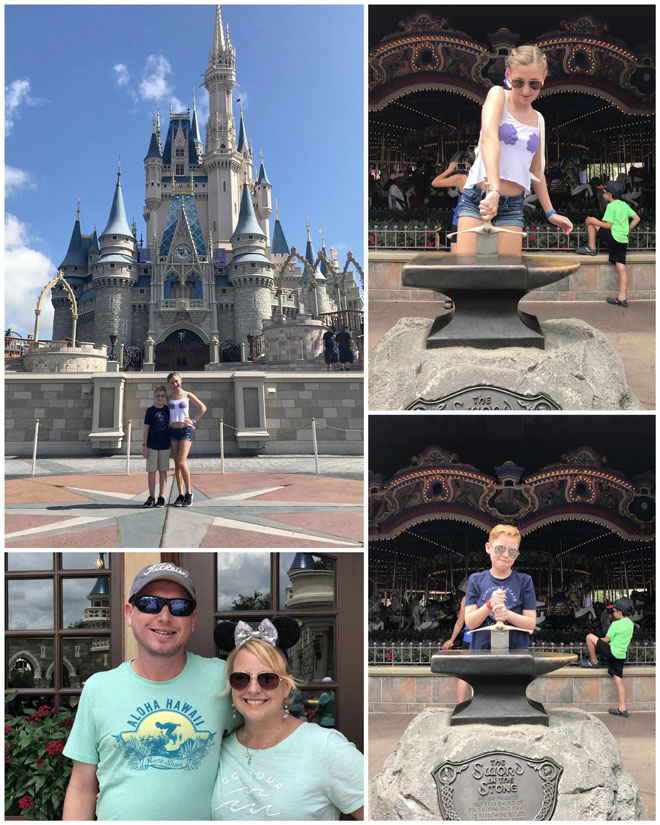 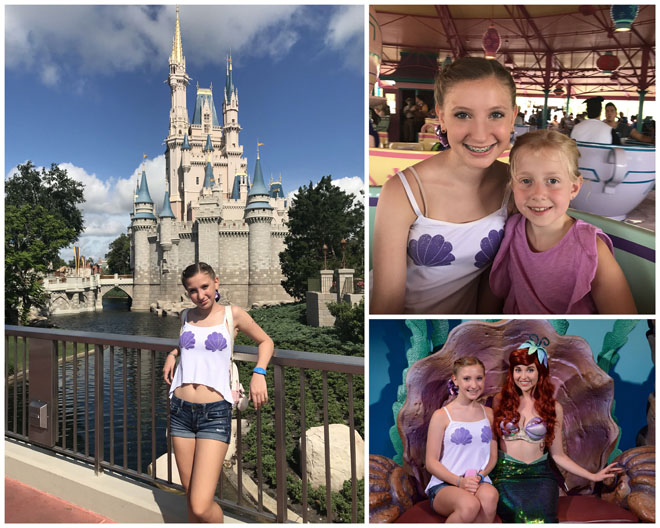 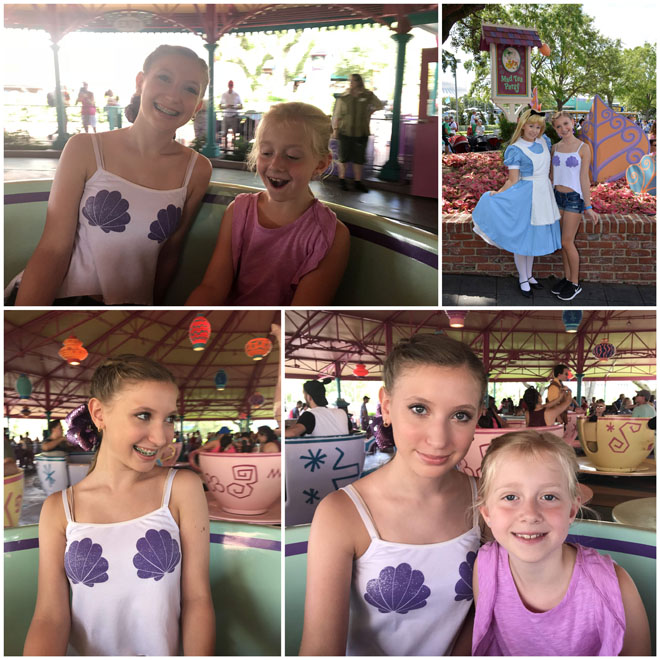 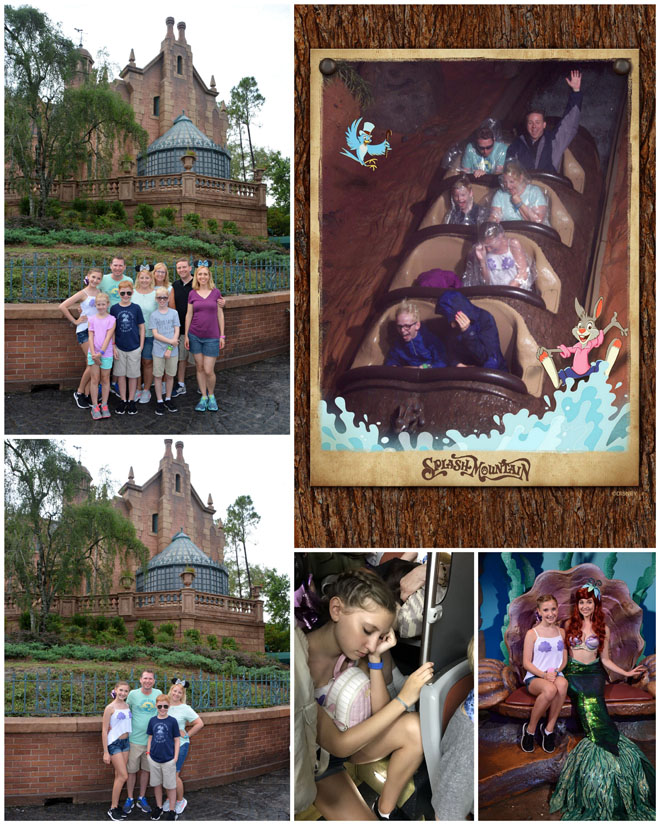 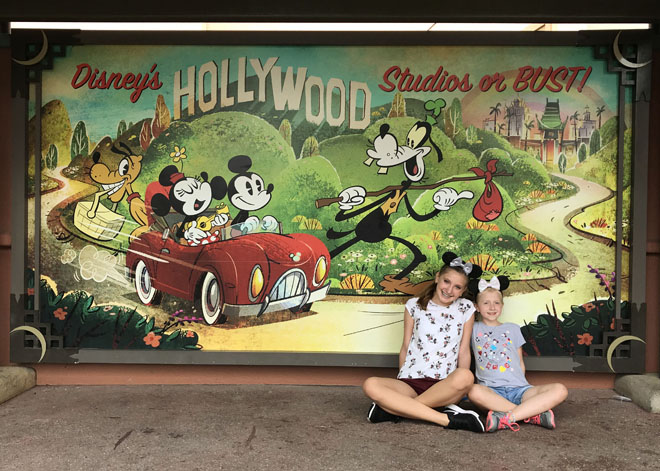 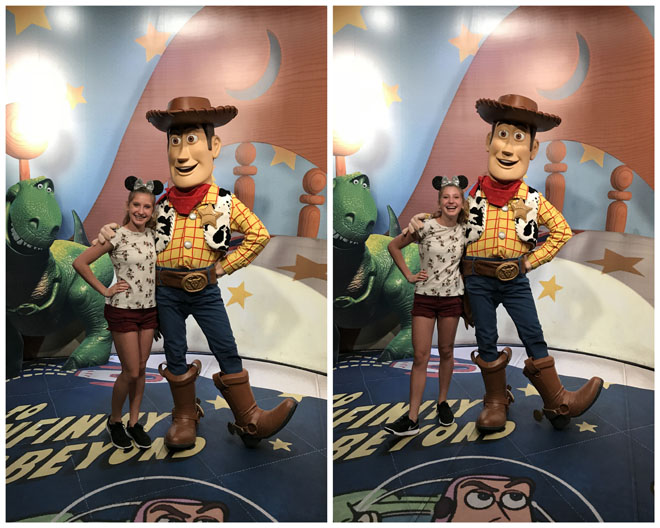 The Sci-Fi Drive In is amazing!  I really enjoyed all the dining experiences. They definitely add to the magic! 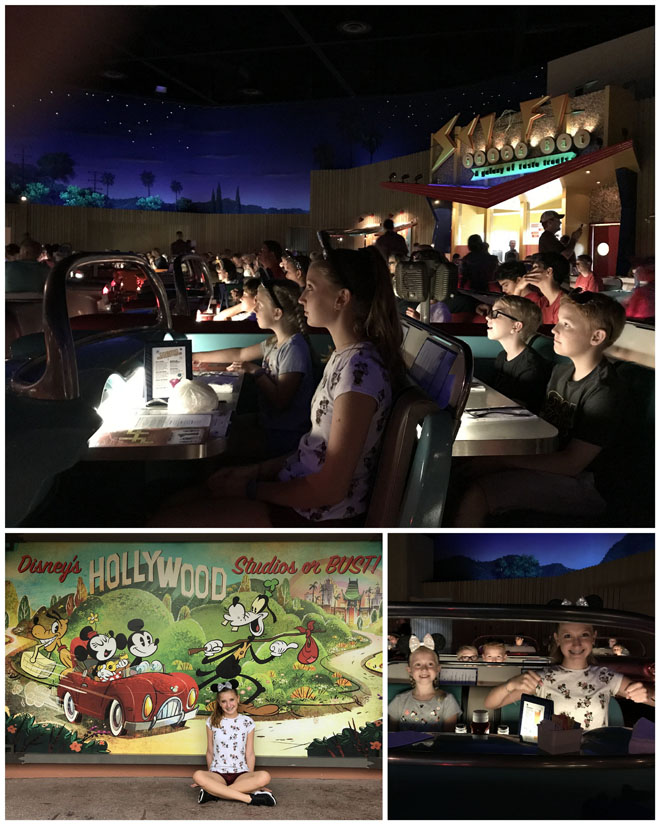 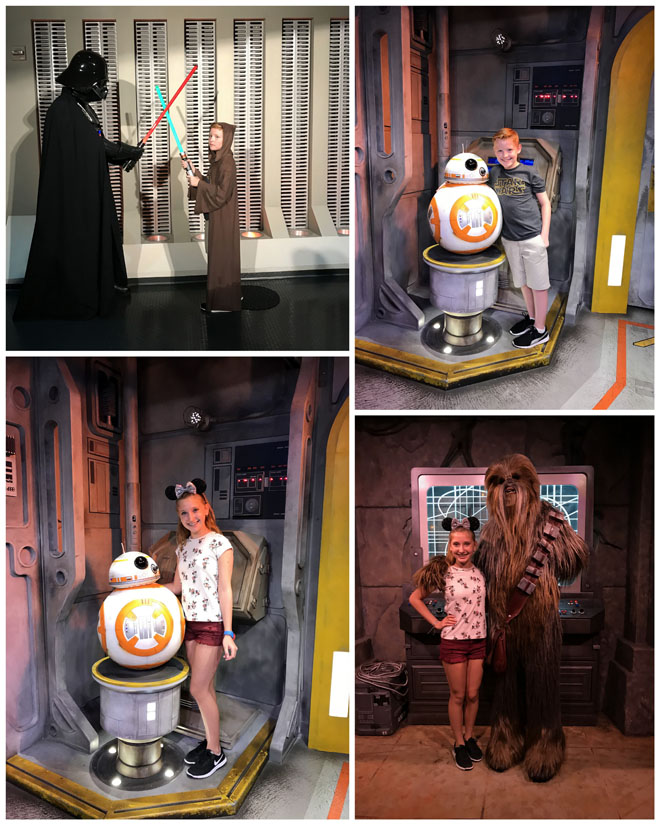 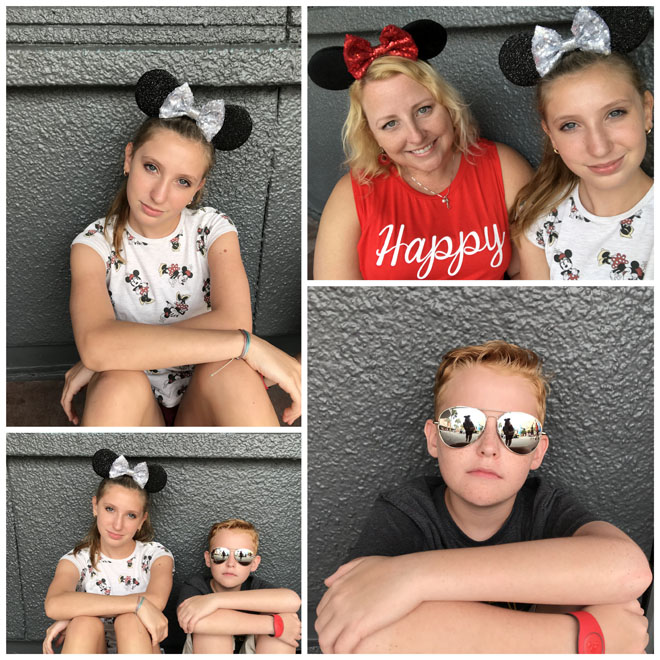 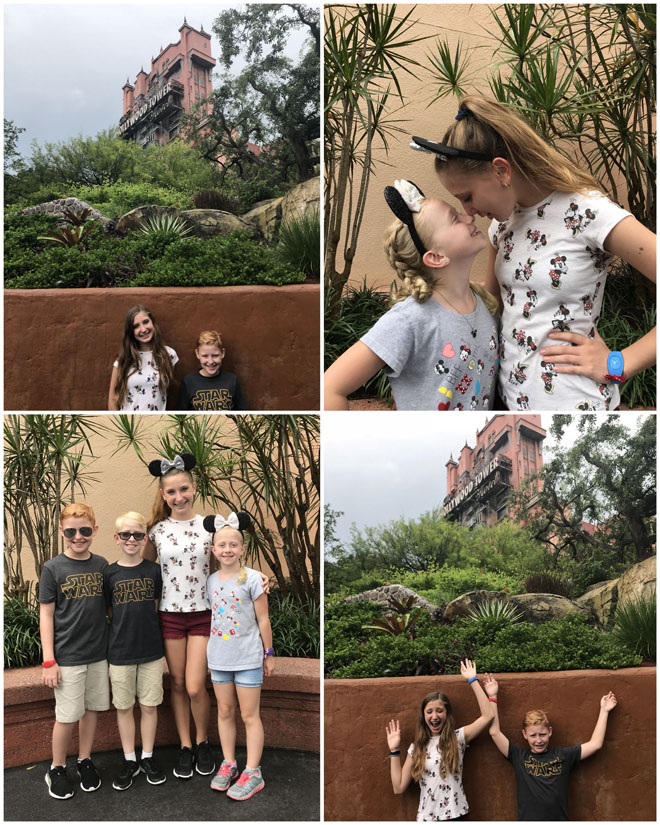 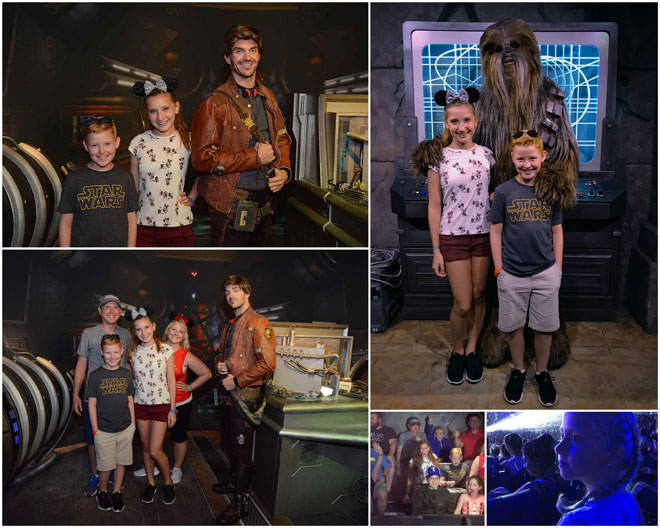 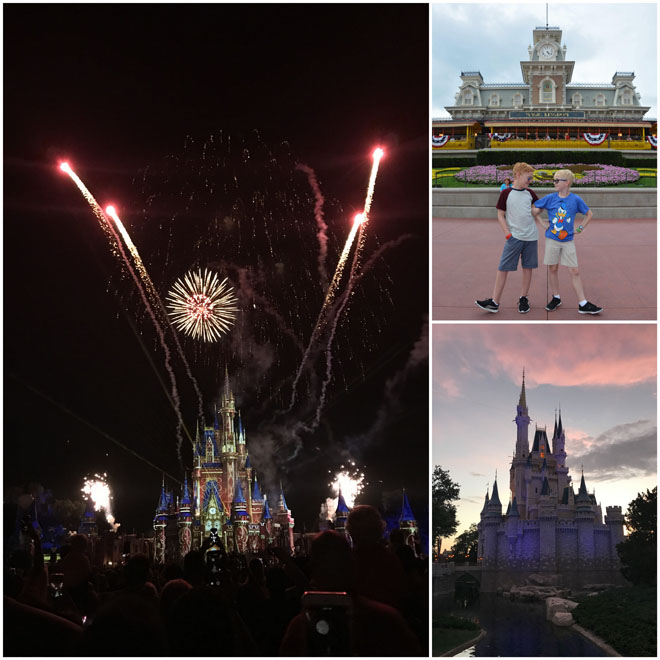 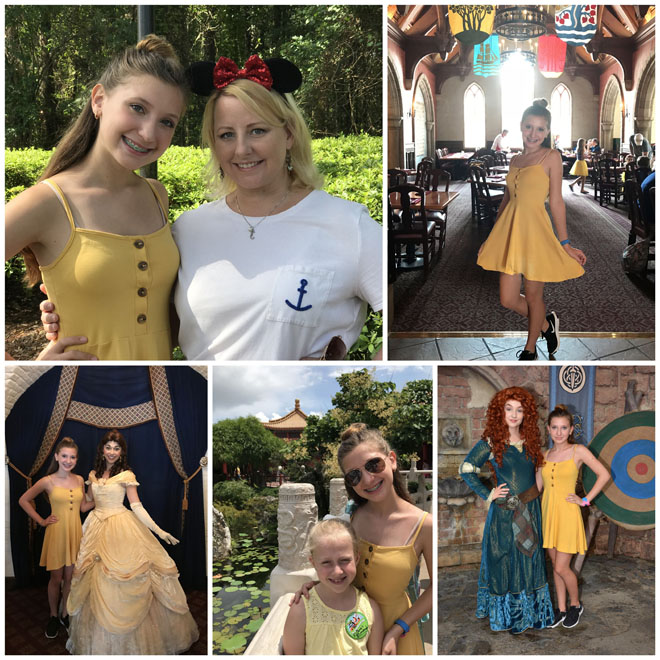 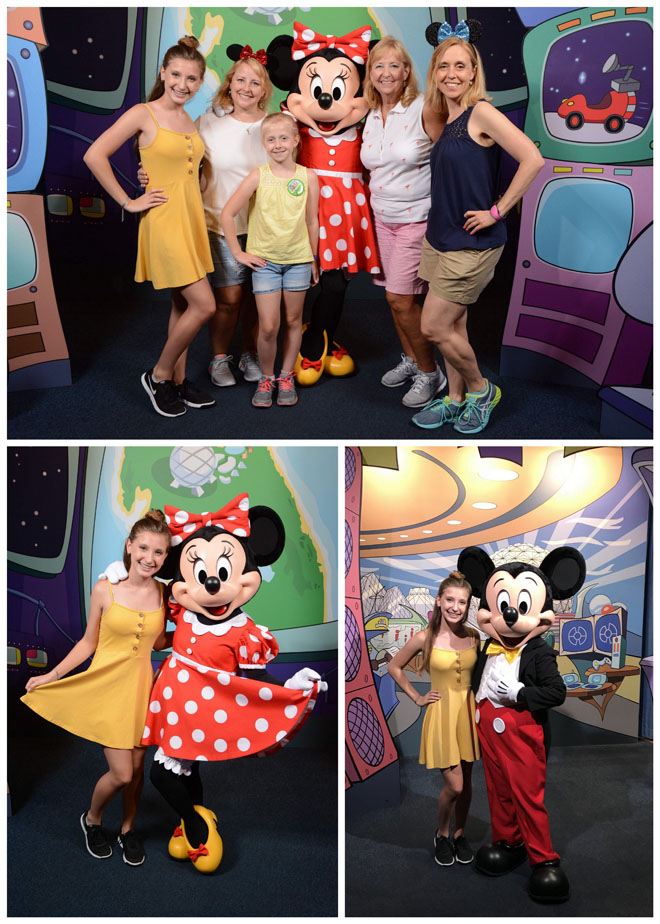 Dinner at Be Our Guest restaurant was another favorite!  We got to eat in the West Wing. 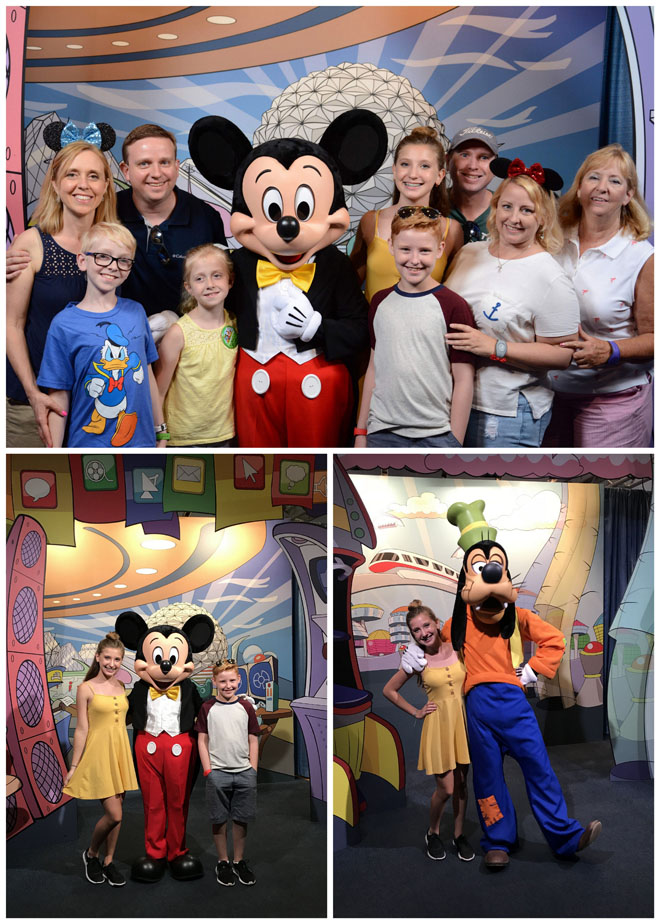 My girl is prettier than all the princesses!  She could be a Disney princess someday. 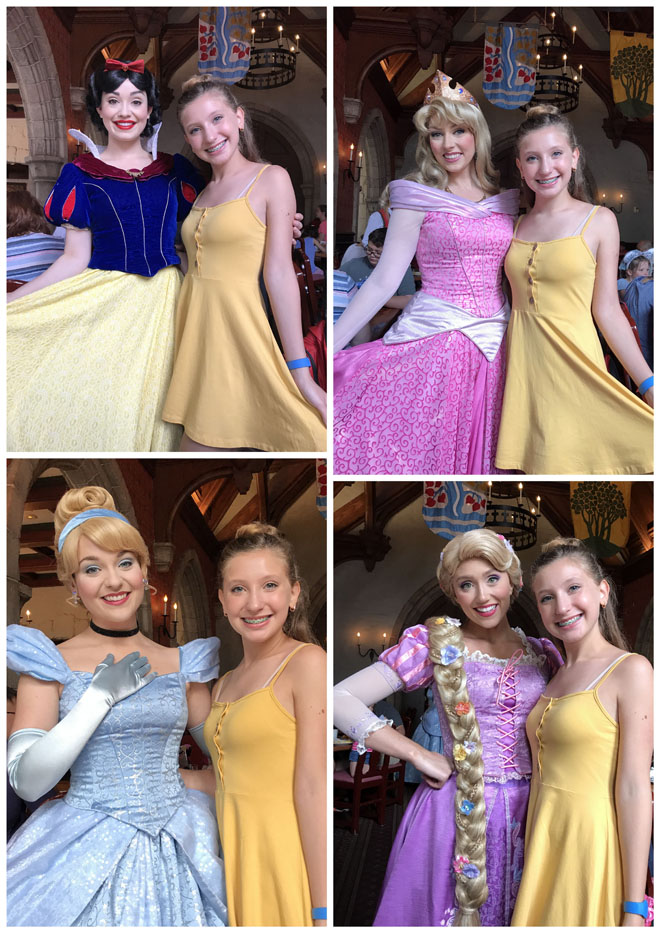 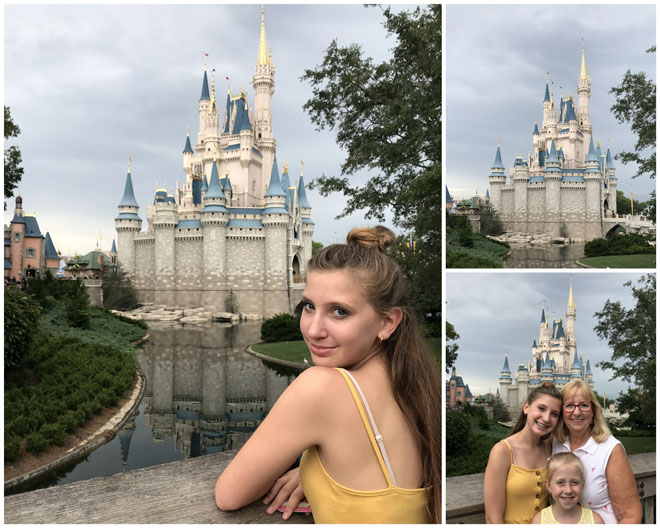 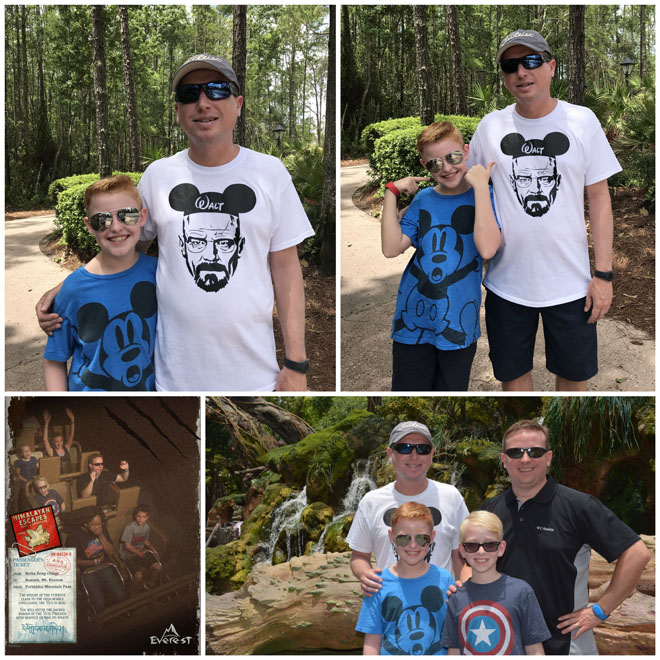 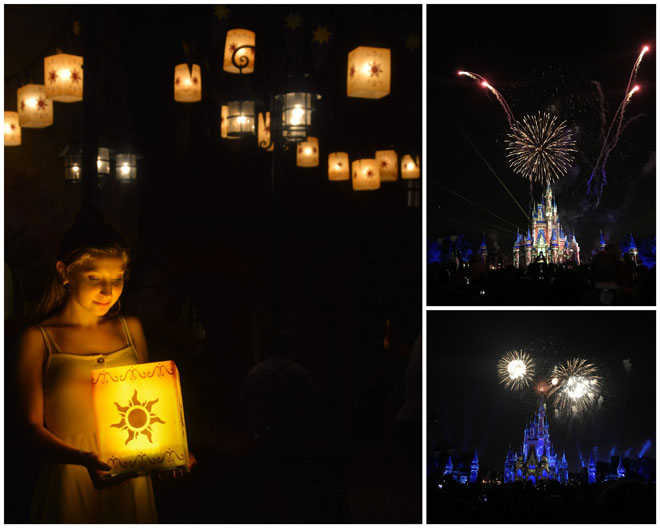 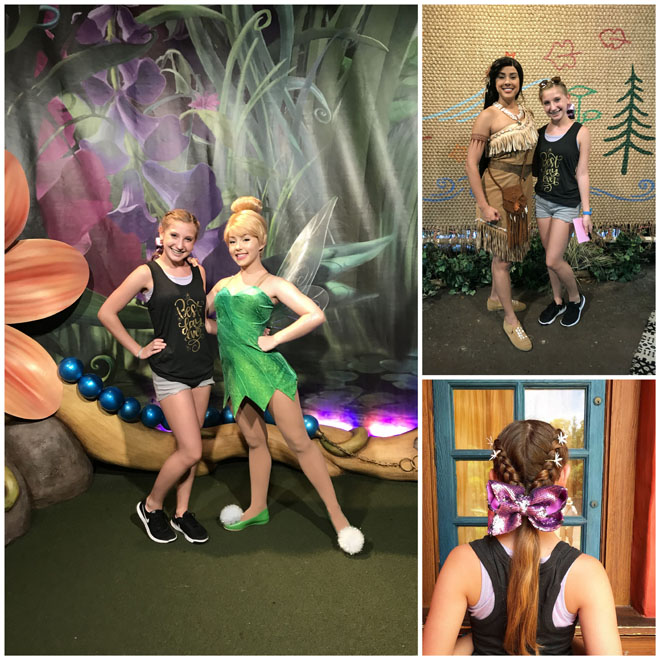 Shawna
Perfect is boring. I'm here to celebrate the flaws and moments that make life interesting. I'm married to the love of my life and we have two kids who we homeschool. I'm also a professional photographer. I love the beach, I love sipping coffee on my balcony, and I love my Savior. I love my children's laughter and the sun on my face. I hope this blog helps encourage you in some way along life's journey, so welcome and stop back every once in a while!